We use Drosophila as a model organism to study the mechanisms that control the formation of muscular organs. Most Drosophila genes involved in organ formation have been found to have close counterparts in vertebrates. Moreover, similar combinations of transcriptional regulators, signaling pathways and structural components are also frequently used to build related organ systems, such as the vertebrate heart and the Drosophila dorsal vessel. Mutations in a number of such factors can cause congenital diseases in humans. In our lab, we use of candidate-based approaches as well as unbiased screening procedures, such as EMS mutagenesis to improve our knowledge about the function of such factors and to find novel regulators of cardiogenesis and myogenesis.

In order to build a functional heart, different cardiac progenitors are specified within segmentally repeated cardiac fields in the dorsal mesoderm of Drosophila. This specification, subsequent cell differentiation and heart tube formation is controlled by a complex network of genes. We are particularly interested in T-box genes and their position within cardiac gene regulatory networks. T-box genes encode transcription factors that are among the key regulators of the development of mesoderm-derived tissues. For example, the Dorsocross T-box genes (Doc1-3) promote the specification of heart cells downstream of particular signaling inputs in conjunction with conserved cardiogenic transcription factors of the NK homeobox/Tinman (Tin) and GATA families. Dorsocross expression is later maintained in cardiac cells that form inflow flaps (ostia) for the hemolymph, suggesting additional roles of Doc in the differentiation of this cardiomyocyte subpopulation. Another T-box gene, the Tbx20 ortholog midline was previously shown to contribute to cardiac diversification and differentiation processes, most prominently in Doc-negative generic cardioblasts. In spite of this progress, it is still not fully understood how cardiac cell diversity is initially achieved and how it is controlled at the level of transcriptional regulation. These and related problems of cardiogenesis are currently investigated by our group.

Figure 1. Schematic diagram (left) and confocal microscope image (right) of the Drosophila heart (dorsal vessel) and its cardiac cell types. The heart tube consists of generic cardioblasts (Tin+ CBs, red) and Doc+/Svp+ cardioblasts (green). The latter are destined to form the ostia of either the larval or adult heart. All myocardial cells as well as various types of non-contractile pericardial cells (PCs) and hematopoietic lymph gland cells are derived from the cardiogenic mesoderm.

We are also interested in other types of muscles, such as the longitudinal visceral muscles (LVM) and heart-associated alary muscle fibers. The latter express a third type of T-box gene, the Tbx1-related org-1, and are derived from the embryonic somatic mesoderm. A subset of these fibers displays a remarkable remodeling behavior during metamorphosis. While some critical regulators in these muscles are known, open questions remain regarding the development of the alary muscle lineage. Our mutagenesis screen had recovered – amongst other types of mutants – several lines that display abnormal alary muscles in the embryo. In a subgroup of these mutants, domain-specific mutations were identified in structural components of the extracellular matrix, underscoring the importance of structure-building molecules for the development and stability of muscle fibers and their attachments. We anticipate that our mutant analysis will provide us with new insights into the development of alary muscles as well as muscle formation in general. 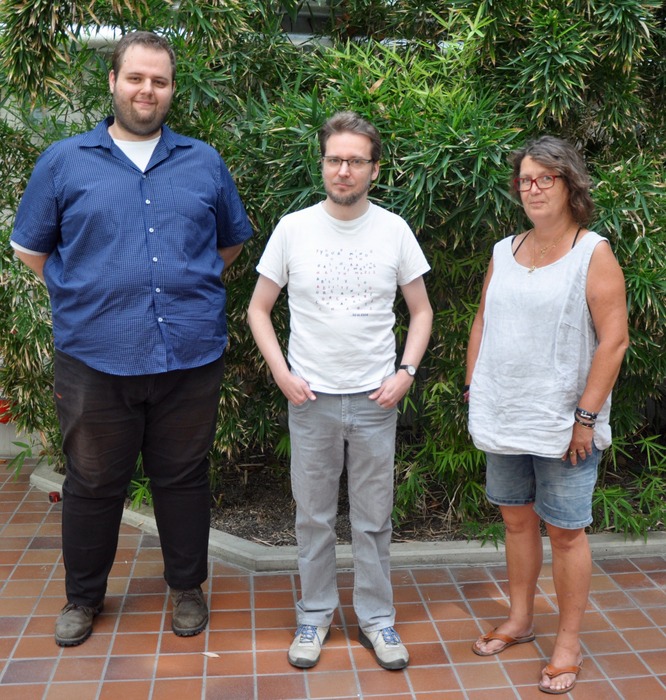